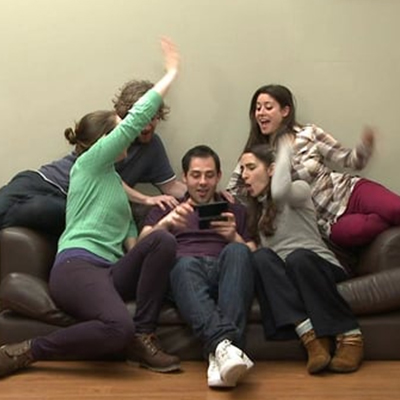 This is an advert I made while on the Cinematography short course at the Met Film School. I was asked to come up with a concept for an advert, to pitch it to our teachers and then had three hours to setup and shoot. I had a crew of three people and two professional actors were brought in for the shoot – I also used my crew on screen. I directed the actors and also operated the camera (when not briefly onscreen myself).

I was given two days to edit. One to teach myself Final Cut Pro 7 and another to actually cut the project together.

The advert is for the Nintendo DS and my idea behind it is that while video games are portrayed as antisocial devices, it’s also true that they can actually connect people and be integrated, used and enjoyed in everyday activities.